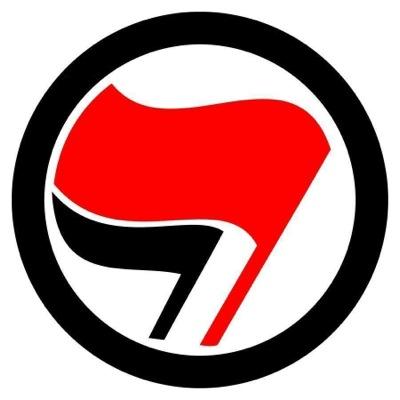 Antifascism is a method of politics, a locus of individual and group self-indentification, it's a transnational movement that adapted preexisting socialist, anarchist, and communist currents to a sudden need to react to the far right menace (Mark p. 11). It's based on the idea that any oppression form can't be allowed, and should be actively fought with whatever means are necessary. Usually sharing space and even blending with other politic stances that share the same principle, such as intersectional feminism.

The articles under this section are the brushstrokes I use to learn how to become an efficient antifascist.

It assumes that you identify yourself as an antifascist, so I'll go straight to the point, skipping much of the argumentation that is needed to sustain these ideas. I'll add links to Mark's and Pol's awesome books, which I strongly recommend you to buy, as they both are jewels that everyone should read.

Despite the criminalization and stigmatization by the mainstream press and part of the society, antifascism is a rock solid organized movement with a lot of history, that has invested blood, tears and lives to prevent us from living in a yet more horrible world.

The common stereotype is a small group of leftist young people that confront the nazis on the streets, preventing them from using the public space, and from further organizing through direct action and violence if needed. If you don't identify yourself with this stereotype, don't worry, they are only a small (but essential) part of antifascism, there are so many and diverse ways to be part of the antifascist movement that in fact, everyone can (and should) be an antifascist.

Fascism in Paxton's words is:

... a form of political behavior marked by obsessive preoccupation with community decline, humiliation, or victimhood and by compensatory cults of unity, energy, and purity, in which a mass-based party of commited nationalist militians, working in uneasy but effective collaboration with traditional elites, abandons democratic liberties and pursues with redemptive violence and without ethical or legal restrains goals of internal cleansing and external expansion.

They are nourished by the people's weariness with the corruption and inoperability of the traditional political parties, and the growing fear and anguish of an uncertain economic situation.

They continuously adapt, redefine and reappropriate concepts under an irreverent, politically incorrect and critical spirit, to spread the old discourse of the privileged against the oppressed.

They dress themselves as antisystems, pursuing the liberty behind the authority, and accepting the democratic system introducing totalitarianism nuances (Pol p.20).

We need to make sure that we use the term well, otherwise we run into the risk of the word loosing meaning. But equally important is not to fall in a wording discussion that paralyzes us.

One way to make it measurable is to use Kimberlé Williams Crenshaw intersectionality theory , which states that individuals experience oppression or privilege based on a belonging to a plurality of social categories, to measure how close an action or discourse follows fascism principles (Pol p.26).

Fascism has always been carried out by people with many privileges (the upper part of the diagram) against collectives under many oppressions (the lower part of the diagram). We can then state that the more the oppressions a discourse defends and perpetuates, the more probable it is to be fascist. If it also translates into physical or verbal aggressions, escalates into the will to transform that discourse into laws that backs up those aggressions, or tries to build a government under those ideas, then we clearly have a political roadmap towards fascism.

The fact that they don't propose to abolish the democracy or try to send people to concentration camps doesn't mean they are not fascist. First, we don't need them to commit the exact same crimes that the fascists of last century made to put at risk some social collectives, and secondly, history tells us that classic fascism movements didn't show their true intentions in their early phases.

Fascism shifts their form and particular characteristics based on place and time. Waiting to see it clear is risking being late to fight it. Therefore whenever we see a discourse that comes from a privileged person against a oppressed one, we should fight it immediately, once fought, you can analyze if it was fascist or not (Pol p.28)

There are many ways to fight it, the book Todo el mundo puede ser Antifa: Manual practico para destruir el fascismo of Pol Andiñach gathers some of them.

One way we've seen pisses them off quite much is when they are ridiculed and they evocate the image of incompetence. It's a fine line to go, because if it falls into a pity image then it may strengthen their victim role.